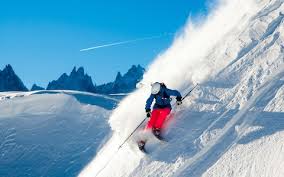 Brian Evan Kirkpatrick, 68, passed away unexpectedly on September 3, 2019, at his home in Bristol, Connecticut.

He was born on February 11, 1951, in Stamford Connecticut where he was a longtime resident. He retired from SNET (AT&T) with over 35 years of service.

Brian was a lifelong skier and had been a member of the Ski Bears in Norwalk for many years and skied at Mt. Southington enjoying the Monday night races. After moving to Bristol, he joined the Mount Laurel Skiers, ski club and was the Treasurer of MT. Laurel for the past 3 years and worked on the Lodge Operations Committee.  He spent many enjoyable trips on Okemo Mountain in Vermont. He also enjoyed motorcycles and baseball. He stayed connected to his world with his computers, also tinkering with the hardware and playing with the software.

A celebration of Brian’s life will be held at a later date.

Dunn Funeral Home 191 West St. is in charge of the arrangements. WWW.Dunnfh.com

To send flowers to the family or plant a tree in memory of Brian Evan Kirkpatrick, please visit our floral store.

You can still show your support by sending flowers directly to the family, or by planting a memorial tree in the memory of Brian Evan Kirkpatrick
Share a memory
© 2020 Dunn Funeral Home. All Rights Reserved. Funeral Home website by CFS & TA