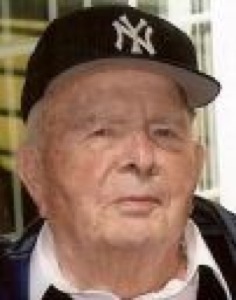 WALTER GERHARDT PETKE
Walter Gerhardt Petke, 100, long time Bristol teacher and coach, passed away at Bristol Hospital, Wednesday, September 2, 2009. Born in Plymouth, CT on July 20, 1909 to the late David and Amelia (Appel) Petke, he was the 7th of 12 children raised on the family farm. He graduated from Terryville High School in 1931, received a BS in Botany from Dartmouth College in 1935 and a Masters of Education from the University of Hartford in 1963. He was a veteran of the U.S. Coast Guard and served during World War II. He was married to the late Mary (Hunt) Petke and raised their four children in Bristol.

His long career as an educator and coach led him first to Rutgers Prep in New Jersey, and Cranbrook School in Bloomfield Hills, MI. In 1956 he began teaching at Bristol High School and in 1959 he started at the new Bristol Eastern High School where he taught German and coached freshman football and baseball. While he retired in 1980 he continued teaching as a permanent substitute until he was 83 and taught German in the adult education program until just a few years ago. For 33 years he was the official timer at most athletic contests at the BEHS gymnasium.

He thoroughly enjoyed his recent 100th birthday party with more than 200 friends, family, former colleagues, students and athletes. He was a true gentleman and could always find a good word to say about everyone he met.

In lieu of flowers the family requests donations be made to The Henry Barnard Memorial Fund, 247-01 Hamilton Ave., Stamford, CT 06902 / www.henrybarnardfund.org
WWW.Dunnfh.com


To order memorial trees or send flowers to the family in memory of WALTER GERHARDT PETKE, please visit our flower store.