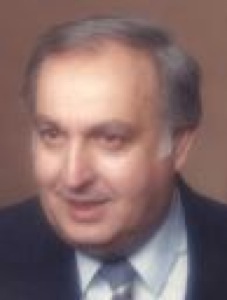 Vincent J. LaColla
Vincent J. LaColla, 80, of Bristol, died Thursday, June 28, 2012 at The Pines of Bristol. He was married to Eleanor E. (Canu) LaColla, for 56 years who passed away July 7, 2007. Vincent was born in Bristol on March 12, 1932 son of the late Ignazio and Rose (Urso) LaColla. He was a veteran of the Korean War serving in the Navy. He worked at Hildreth Press for 30 years and several other binders until his retirement. He was a member of St. Anthony Church, the American Legion Post 2 and Osia Club. He served on the Korean War Veterans Committee, was a Little League Uncle and a school mentor. He is survived by; two sons, Kevin and his wife Laurie LaColla of Bristol and Daryl LaColla of Long Beach, CA. a sister, Anna Matrazzo and a Uncle Benny Urso both of Bristol and several cousins, nieces and nephews. He was predeceased by a sister Marion (LaColla) Upchurch.
Funeral service will be held on Tuesday, July 3, 2012 at 9 a.m. at Dunn Funeral Home 191 West St Bristol to St. Anthony Church for a Mass of Christian Burial at 10 a.m. Friends may call at the funeral home on Monday from 5-8 p.m. Burial with military honors will follow in St Joseph Cemetery. In lieu of flowers donations can be made to Grace Nesci Lodge Scholarship Fund , C/O Edith Pesino 82 Fairfield St. Bristol, CT 06010. www.Dunnfh.com


To order memorial trees or send flowers to the family in memory of Vincent J. LaColla, please visit our flower store.