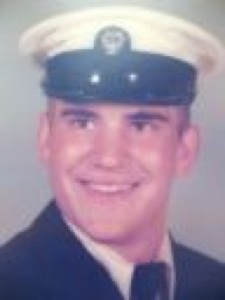 Thomas Harden
Thomas C. Harden, a resident of Connecticut, passed away on May 31, 2013.

He was born in Bristol on Sept. 12, 1957, and grew up in Poughkeepsie, N.Y. He attended schools there and was a graduate of Roy C. Ketcham High School. Upon graduation, he joined the U.S. Navy and served four years in the Submarine Service. He was employed by (IBM) International Business Machines Corporation in Danbury for 11 years and was looking forward to retiring from the Connecticut Department of Corrections shortly.

He is survived by his parents, Charles and Jeanne Harden of Poughkeepsie, N.Y., and his beloved son, Brandon, of Goshen. He is also survived by his sister, Patricia Tobias and her husband Tommy of New Carey, Texas. In addition, his nieces, Alyson and Paige and nephew Taylor Tobias.
Funeral arrangements are private. Burial will be in the Family Plot in St. Joseph Cemetery, Bristol. Dunn Funeral Home is in charge of the arrangements.


To order memorial trees or send flowers to the family in memory of Thomas Harden, please visit our flower store.