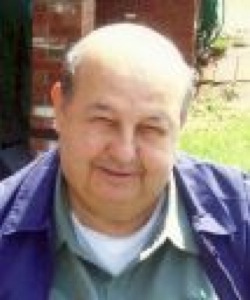 Philip F. Saglimbeni, Sr.
Philip F. Saglimbeni Sr., 71, of 554 Wolcott Road, Bristol, died Friday, Dec. 31, 2010, at the Bristol Hospital after a short illness. He was the husband of Rose (Messier) Saglimbeni.
Philip was born in Limina, Province of Messina, Italy, on May 18, 1939, the son of the late Alfio and Lucia (Ragusa) Saglimbeni. He came to the United States in 1949, and was a Bristol resident since his arrival to this country from Italy.
He attended St. Anthony School. He was a veteran of the Korean War serving in the Army. Philip retired as a head chief from St. Mary's Hospital in Waterbury, where he worked for nearly 30 years. Besides his wife he is survived by; two sons, Alfio A. Saglimbeni and Phil U. Saglimbeni Jr.; a sister and brother in-law, Angela and Sebastiano Calabro; a brother and sister in-law, Jerry and Sharon Saglimbeni, all of Bristol; two grandchildren, Philip A. Saglimbeni III and Amanda Saglimbeni; plus several nieces and nephews.
Funeral service will be held on Wednesday, Jan. 5, 2011, at 9 a.m., at Dunn Funeral Home, 191 West St., Bristol, to St. Anthony Church for a Mass of Christian burial at 10 a.m. Friends may call at the funeral home on Tuesday from 6 to 8 p.m. Burial will follow in St. Joseph Cemetery. www.Dunnfh.com.


To order memorial trees or send flowers to the family in memory of Philip F. Saglimbeni, Sr, please visit our flower store.