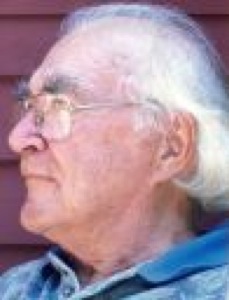 TORRINGTON Peter Bossarelli, 96, of 68 Wolcott St. Torrington, passed away Friday, Nov. 20, 2009 at the Cherry Brook Health Care Center in Canton, he was the widower of Marion R. (Stengel) Bossarelli.

Peter was born in Fitchburg, Mass. on March 1, 1913, the son of the late Giulio and Linda (Cobianchi) Bossarelli. He lived his life in Torrington and was a veteran in WWII serving in the Army. He worked for the United Postal Service retiring in 1965.

He is survived by a son, Peter C. Bossarelli and Janet Green of Torrington and a daughter, Jean B. Visini and Ronald M. of Harwinton, a brother Mario Bossarelli and his wife Jean of Torrington. Three grandchildren, Christine M. Visini, Ronald P. Visini and his wife Melinda and Hannarose Johnson. Two great-grandchildren, Melissa and Nicholas Visini, plus several nieces and nephews and friends. He was predeceased by a sister, Fannie (Bossarelli) Dillon and two brothers, John and Tony Bossarelli.

The funeral will be held at Phalen Funeral Home, 285 Migeon Ave., Torrington at 10:30 a.m. on Monday, Nov. 23. Burial will follow at Saint Peter Cemetery. Friends may call at the funeral home from 9 to 10:30 a.m. In lieu of flowers, a donation may be made to: Visiting Nurses Services of CT, 62 Commercial Blvd., Torrington, CT 06010.


To order memorial trees or send flowers to the family in memory of Peter Bossarelli, please visit our flower store.