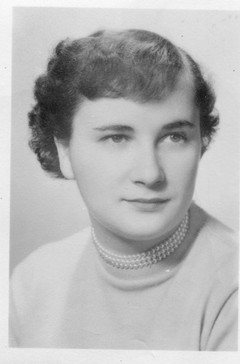 
Margaret (Mascia) McCarthy, 81, of Plainville, Conn., passed away Dec. 7, 2014, at Connecticut Hospice in Branford. She was the wife of John P. McCarthy who was the love of her life.

Margaret was born in Bristol, Conn., on July 8, 1933, a daughter of the late Esther (Colapinto) and Joseph Mascia. She worked as a Bookkeeper for Forestville Lumber for many years. When Marge first saw Jack walk by, she said to her friend, â€œIâ€™m going to Marry that boy someday.â€ They celebrated their 58th anniversary in September. She enjoyed going to the casino also getting together with family and friends, playing cards and party games.

She will be sadly missed by all who knew her.

Besides her husband, Margaret is also survived by a sister, Angela Mascia of Plainville; two brothers, Anthony and his wife, Virginia Mascia, of Virginia, and Frank Mascia of Bristol; several nieces, nephew and cousins.

The family would like to thank CT Hospice Nurses and Masonic Care Nurses for the care giving to Margaret.

A Religious Service will be held at Dunn Funeral Home, 191 West St., Bristol, Thursday at 11 a.m. Burial will follow in St. Joseph Cemetery Bristol, CT. Friends may call at the funeral home Wednesday from 6 to 8 p.m.. In lieu of flowers donations can be made to My Fatherâ€™s House, P.O. Box 22 Moodus, CT 06469.

To order memorial trees or send flowers to the family in memory of Margaret McCarthy, please visit our flower store.