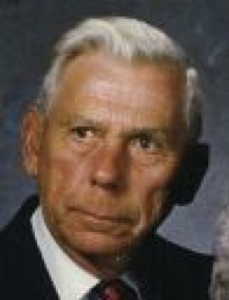 Leo J Wojtusik
Leo J. Wojtusik, 90, of 87 Meadow St., Bristol, died peacefully Friday, May 2, 2008, at Bristol Hospital after a brief illness. He was the widower of Helen (Palin) Wojtusik. Leo was born in Forestville, Feb. 27, 1918, the son of the late Joseph and Katherine (Novak) Wojtusik. He lived his entire life in Bristol and graduated from Bristol High School. He worked for New Departure-Hyatt Division of General Motors for 30 years, retiring in 1974. He was a member of St. Anthony Church. He was an avid golfer and was a member of Pequabuck Golf Course for 50 years, having several holes in one. He is survived by a daughter, Harriet Zimbouski of Branford; a grandson, Michael Zimbouski of New York City; plus several nieces, nephews and cousins. He was predeceased by two sisters, Victoria Kerr and Stella Putorak, and five brothers, Julian, Joseph, Stanley, William and Henry. The funeral will be held Tuesday at 9 a.m. from Dunn Funeral Home, 191 West St., Bristol to St. Anthony Church for a Mass of Christian burial at 10 a.m. Burial will follow in St. Joseph Cemetery, Bristol. Family and friends may call at the funeral home Monday, May 5, 2008, from 5 to 7 p.m. Donations may be made to St. Anthony Development Fund, 111 School St., Bristol, CT 06010.

To order memorial trees or send flowers to the family in memory of Leo J Wojtusik, please visit our flower store.