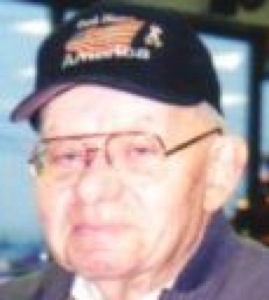 Joseph S. Pleva
Joseph S. Pleva, 84, formerly of Bristol, died Saturday, Nov. 29, 2008, at the Farmington Care Center after a long illness; he was the widower of Marion (Tedde) Pleva. Joseph was born in Terryville Jan. 16, 1924, the son of the late Simon and Agnus (Kurek) Pleva. He was a World War II veteran, serving in the Army. He was a member of St. Anthony Church and over a 50-year member of the Pequabuck Golf Club. He worked at Marlin-Rockwell Corporation Plainville, until his retirement in 1983. Joe is survived by a daughter, Joanne Wall and her husband Bruce of Wallingford. He was predeceased by his son, Jay Pleva. He leaves behind four grandchildren, Lisa Pourmaleki and her husband, Afshin, of Andover and Michael Vicino and his fiancAC.e, Kelly, of Farmington and Craig Pleva and his wife, Rochel, of Reno, Nev. and Marc Pleva of New Hampshire. He also leaves six great-grandchildren, Cassidy, Brianna, Kiyan, Shane, Lucas and Lindsay; his former daughter-in-law, Linda Pleva of Cape Cod, Mass.; a sister-in-law, Josephine and her husband, Eugene Kovaleski. He was predeceased by two brothers, Julius and Eugene Pleva, and four sisters, Betty Pleva, Helen Hotkoski, Albina Micari and Valerie Bednaz. He also leaves behind many beloved nieces and nephews. A Mass of Christian burial will be held Wednesday, Dec. 3, 2008, at 10 a.m. at St. Anthony Church. Burial with military honors will follow in St. Joseph Cemetery, in Bristol. Friends may call at Dunn Funeral Home, 191 West St., Bristol, Tuesday from 4 to 7 p.m. In lieu of flowers donations can be made to American Cancer Society 14 Village Lane Wallingford, CT 06492.

To order memorial trees or send flowers to the family in memory of Joseph S. Pleva, please visit our flower store.