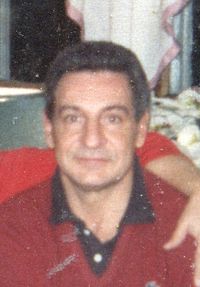 James "Jim" L. Masters, 68, of Bristol passed away at his home on October 28, 2013. Jim was born in Bristol on August 11, 1945 the son of the late Louis and Viola (Olie) Masters. He graduated from Jennings, Bristol Eastern in 1963 and CCSU with a degree in education. He taught math at both Bristol Eastern High and Harbor Middle Schools often introduced himself to new students as Mr. Mathsters. Jim's favorite free time moments were at the beach, Hammonasset with Bob Montgomery or with family on vacation at Chalker beach, walking with his brother, Gary, who predeceased him. He is a faithful member of St. Joseph Church where he passed the basket and following Sunday services could be found at Stop 'N Shop purchasing Mondayâ€™s grinders and skimming through the bodybuilding magazines there as a long time weightlifter. He love football and was a member of the Bristol Chain Gang crew for 30 years. Two favorite stops were having coffee at our Wallace's house with the boys on Thursday morning and with friends at McDonald's.

Jim is survived by a sister, Mary Lou Gamache, and her husband Bill, he held fond memories of his former wife, Marion, and their son Christopher Keszycki, who he helped raise. He was proud of how Chris turned out as a man, Chris and his wife Renae, have two children Lillia and Logan and his face beamed in talking about those two beautiful grandchildren. Is also survived by a aunt several nieces and nephews and cousins.

Funeral service will be held on Thursday, October 31 at 9:00 AM at Dunn Funeral Home to St. Joseph Church for A Mass  of Christian burial at 10:00 AM. Burial will follow in St. Joseph Cemetery Bristol, friends may call at Dunn Funeral Home 191 West St., Bristol, CT on Wednesday from 5 to 7 PM. In lieu of flowers,  donations can be made in Jimâ€™s name to them Bristol Eastern Booster Club 632 King St. Bristol, CT 06010.

To order memorial trees or send flowers to the family in memory of James "Jim" L. Masters, please visit our flower store.